Hi Everyone! Look what just happened to me! The other day I visited the cast of the epic musical “ We Will Rock You” in Malta during a rehearsal and photoshoot and they decided to surprise the heck out of me.  Not that I minded one little bit having a total personality change haha Not that I minded one bit turning into a mischievous looking rock star, sporting a jet black wig, crazy makeup and torn tights for some photos ! I felt really comfortable in this look actually thanks to the wardrobe team at Louis Noir, Theatre FM team and of course the make up and hair team on set .

As you saw in my Instagram stories @graziellecamilleri, I was lucky enough to meet the amazing cast and the management team too just a few weeks before I get to watch the show at the Mediterranean Conference Centre. The photos here kind of say it all! It’s gonna be one vibrant, uplifting show with many songs from Queen which many of us are familiar with and the story line is intriguing for people of all ages, including kids. 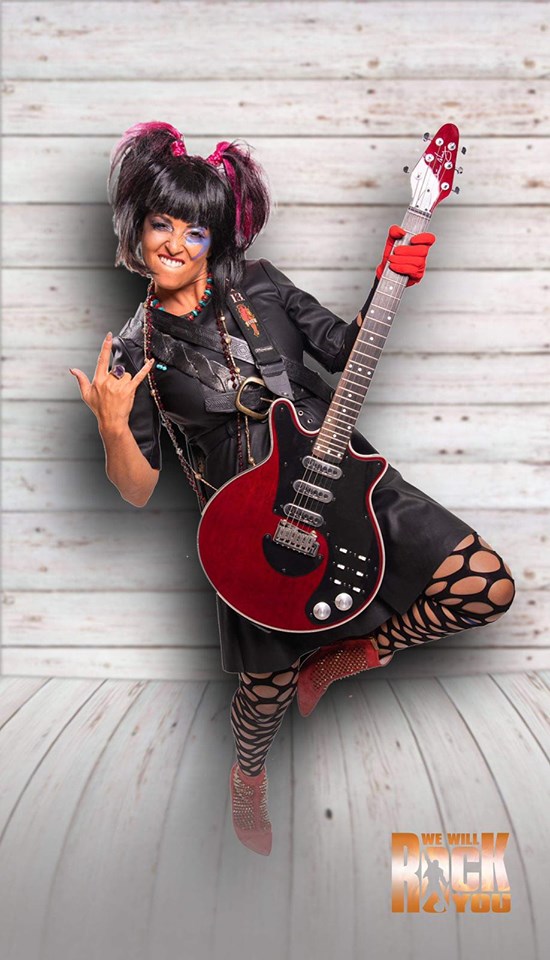 FM Theatre will be staging this smash hit show following their recent sell-out successes My Fair Lady and Mamma Mia!. It will be staged for the first time ever locally, and the theatre company is elated to have acquired the highly-sought-after rights to the show.

Based around the greatest hits of the legendary British rock band Queen and with its book by Blackadder writer, Ben Elton, We Will Rock You is one of the most popular and longest-running musicals in West End history. It has enthralled the world’s audiences across six continents with many of the band’s iconic songs including Radio Gaga, Somebody To Love, Bohemian Rhapsody and – of course – We Will Rock You.

“We are thrilled to be the first company in Malta to have acquired the rights to this incredible show and we can’t wait to bring it to the stage,” says producer Edward Mercieca. “We Will Rock You always brings the house down wherever in the world it is staged, with incredible casts performing the songs of one of the world’s most iconic and timeless rock bands. Now is the turn of Malta’s audiences to experience this spectacular show, with an equally brilliant cast that can rival any other in the world.” 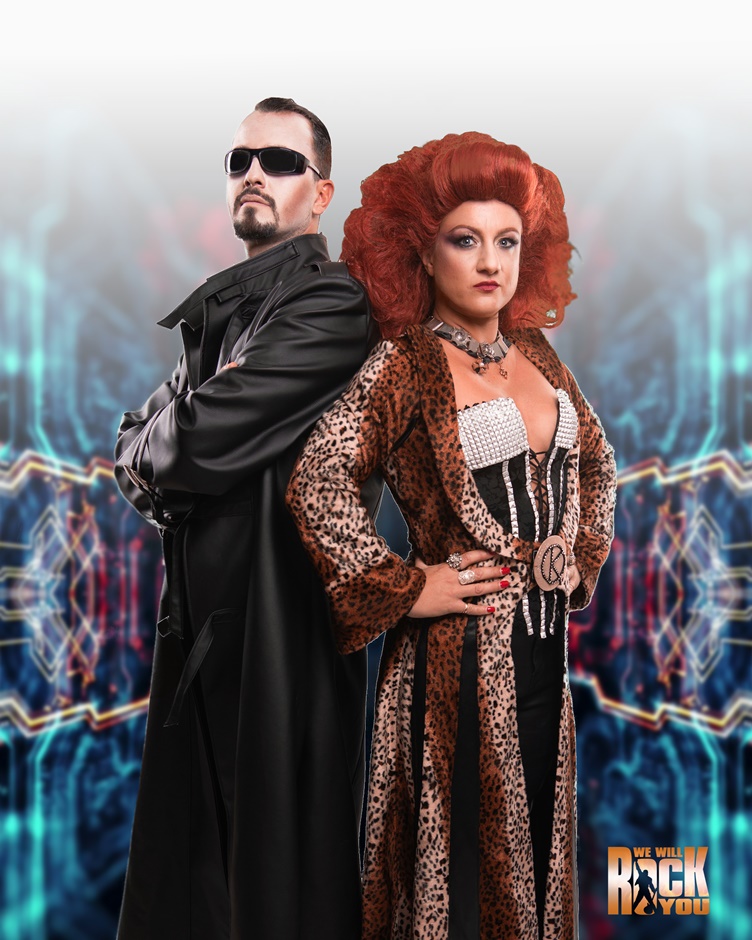 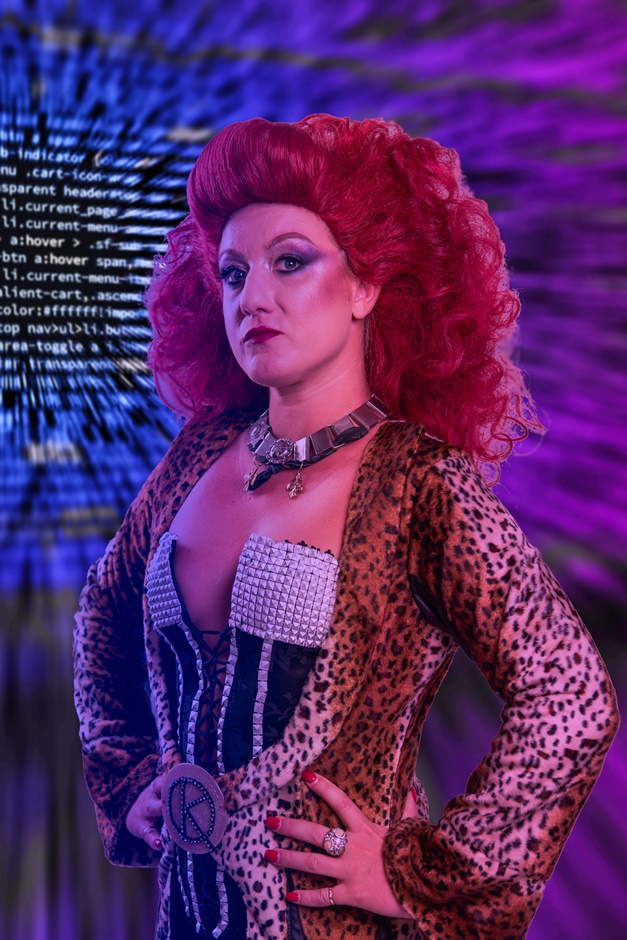 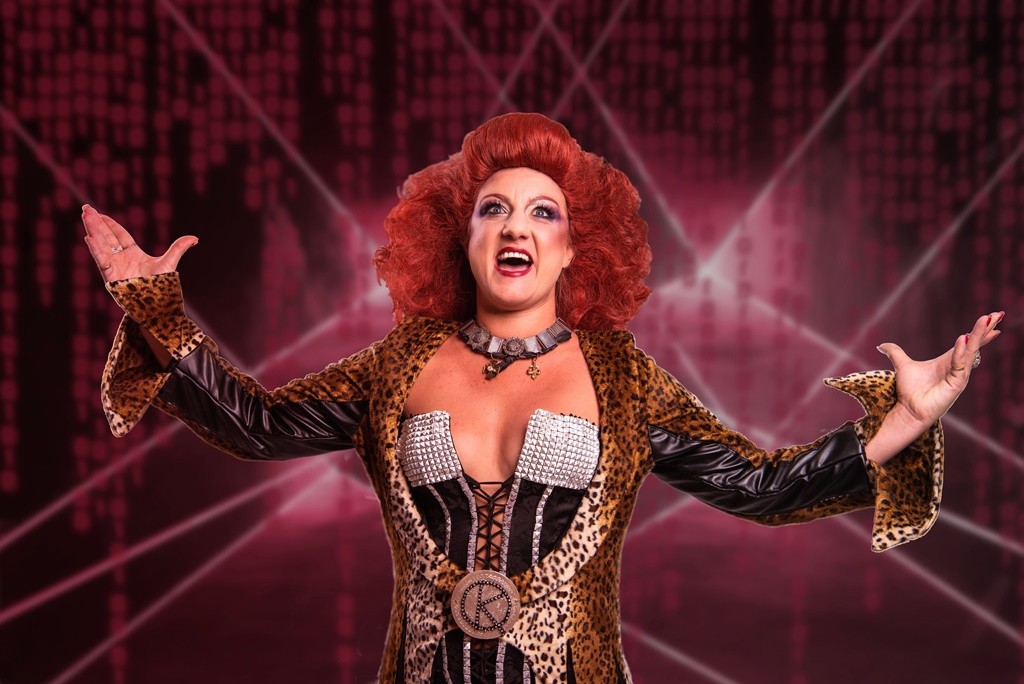 She is bringing to the Maltese stage her experience as first cover in the West End production from 2011-2014 at The Dominion Theatre, over which time she played the role more than 300 times!!

Jordan Carr, meanwhile, is also no stranger to the West End stage. He has travelled the world performing in musicals in a variety of roles including Frank ‘N’ Furter in The Rocky Horror Picture Show and Gaston in Beauty and the Beast. Jordan has also recently finished playing the lead role in Boogie Nights The Musical in London, and is now set to join the Malta cast of We Will Rock You in the role of Galileo Figaro.

Some very talented local actors will also be rocking that stage and they are all super excited to perform for you all! The stellar local cast featuring Francesco Nicodeme, Tez Camilleri, Michela Agius, David Ellul, Edward Mercieca and Maxine Aquilina will be one dynamic explosion of entertainment.

This West End-quality cast will take on the popular musical’s famous story, which is set in a distant future where Earth is named Planet Mall, all inhabitants must dress, think and act the same, and where musical instruments are forbidden. Using the framework of Queen’s classic songs, a small group of Bohemians rebel against the system, and fight to restore free thought, fashion, and, most of all, music. 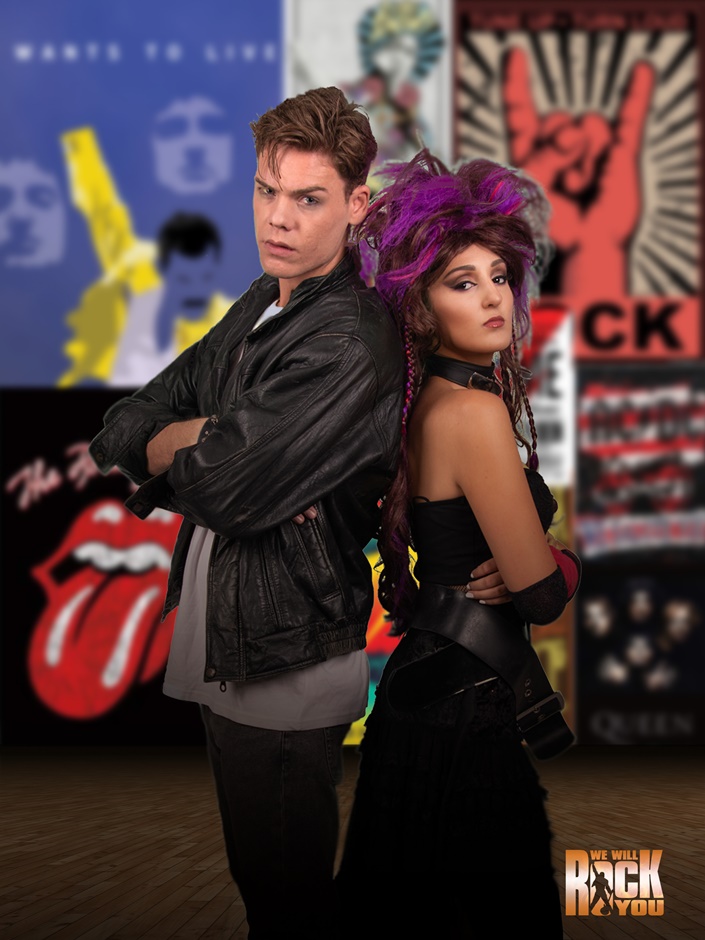 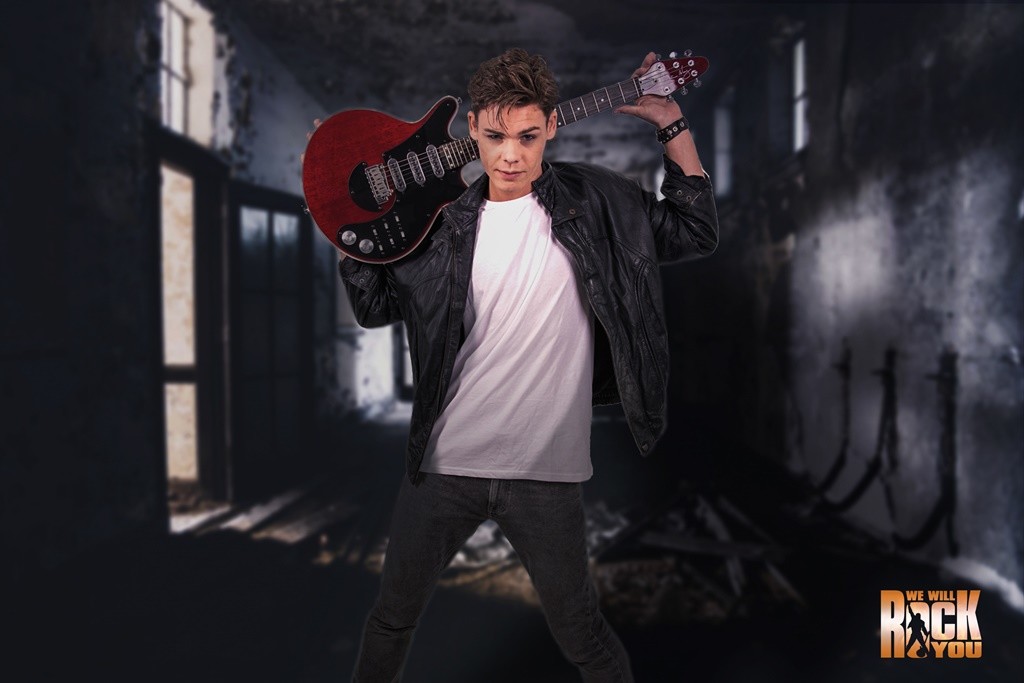 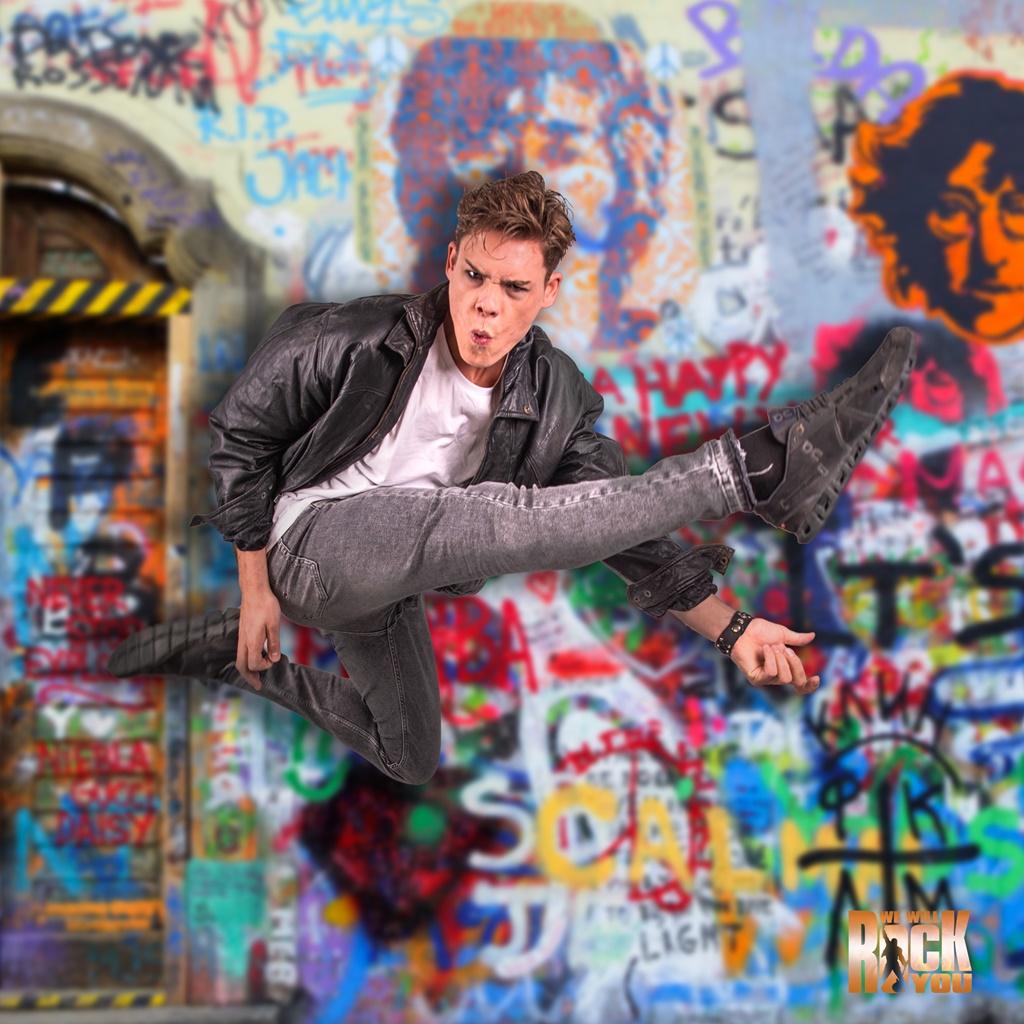 More information may be found at www.fmtheatre.com and tickets are available online at www.mcc.com.mt. 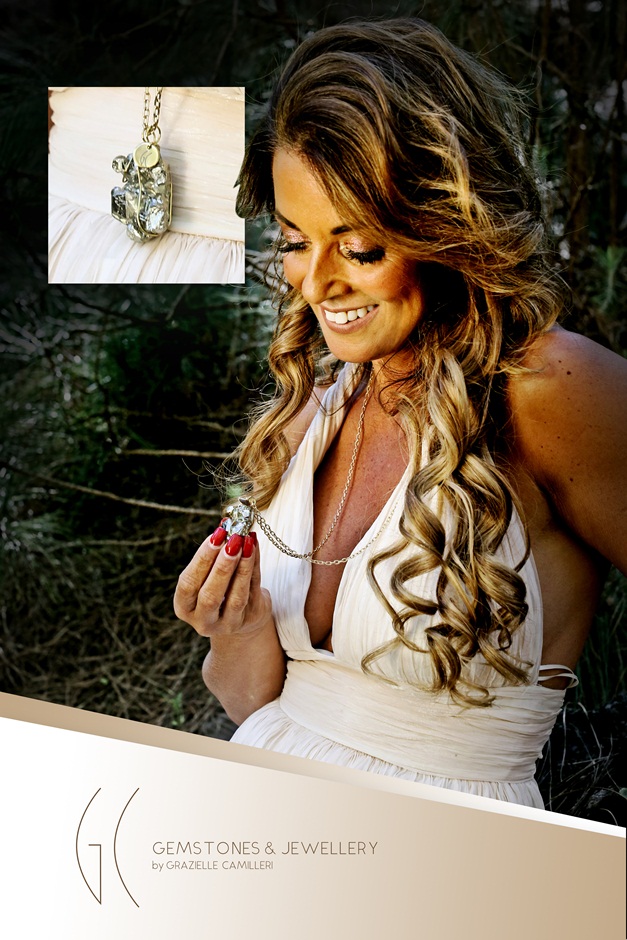